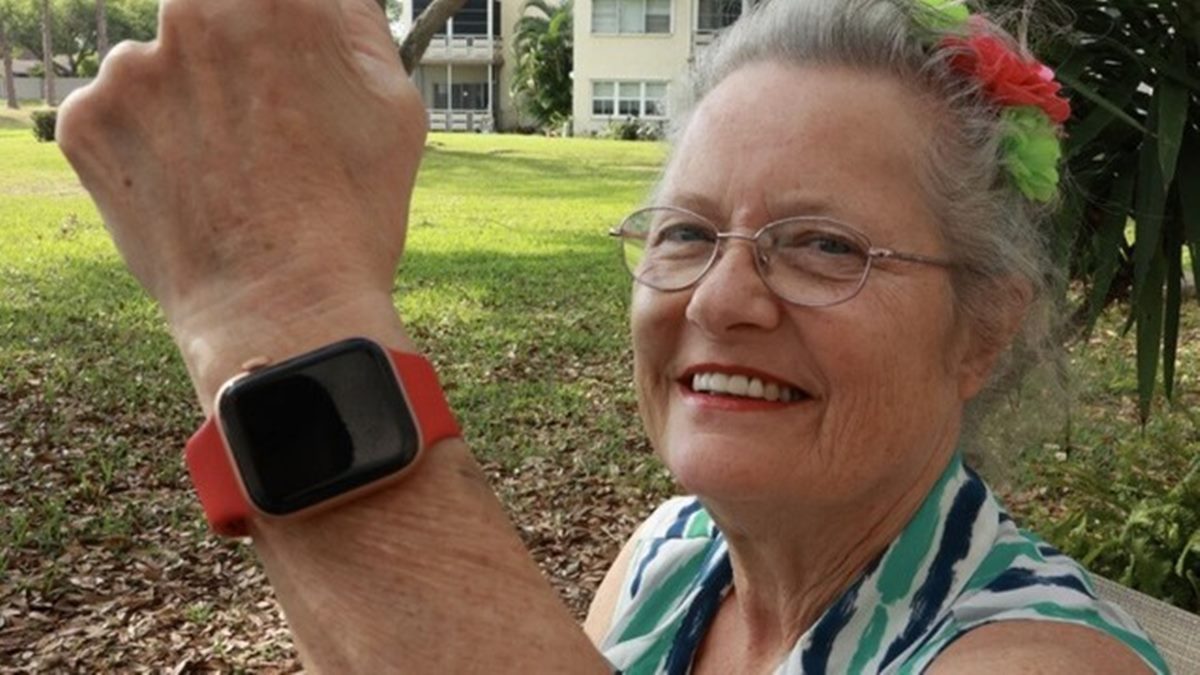 
According to the technology blog AppleInsider, Raylene Hackenwerth, an elderly woman in St. Petersburg, Florida, almost lost consciousness after an accidental fall. Fortunately, she is wearing an Apple Watch, thanks to its fall detection function , which allowed the Apple Watch to save her life by automatically dialing 911 — both allowing her to receive prompt treatment and for paramedics to discover she had lung cancer.

The distress call from the smartwatch is unique , a paramedic said, according to WFTS TV in Tampa Bay, Florida . The Apple Watch sends its geographic location when calling 911, giving paramedics where to go. After Raylene Hackenwerth was taken to hospital, paramedics found a lump in her lung and they were diagnosed with lung cancer. She is currently awaiting treatment.

Raylene Hackenwerth told WFTS: “If it wasn’t for the fall and the Apple Watch calling them, I wouldn’t even know this thing was there, maybe by the time I found out, it would have been too late.” The Apple Watch was given to her son for Christmas Her gift so she can track her workouts. They didn’t know there was fall detection, but it was enabled by default if the user was 55 or older.

This isn’t the first instance of Apple Watch owners claiming the device saved their lives. If the wearer’s heart rate is too high or too low, the heart rate sensor warns the wearer of potential health problems and recommends life-saving medical intervention.

According to WFTS, 18-year-old Deanna Recktenwald in the Tampa area was out when her Apple Watch sent a notification: Her resting heart rate reached 190 beats per minute, and she was advised to seek medical attention. After seeking medical attention, doctors diagnosed her as suffering from chronic kidney disease, which she had not shown any related symptoms before.