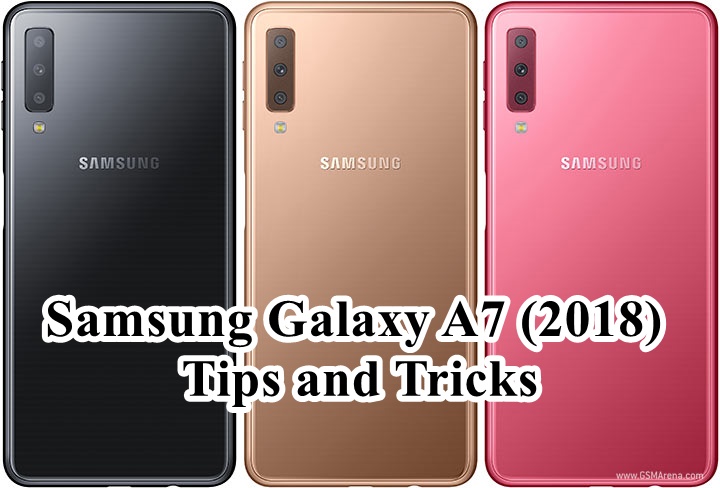 The Samsung Galaxy A7 sports a few smart gestures like the One-handed mode and the Finger sensor gestures.

While the one-handed mode makes it easier to operate the phone, the Finger sensor gestures help you control the notification panel.

2. USE THE SECURE FOLDER in Galaxy A7

The Galaxy A7 gives you a pretty good reason to ban the third-party app lockers from your phone, as it comes with the in-house Secure Folder app.

This app creates an encrypted location within your Galaxy A7, which lets you store important files, apps, pictures, etc that you normally would keep locked.

3. CUSTOMIZE THE NAV BAR in Galaxy A7

The boring navigation bar in the Samsung Galaxy A7 can be revamped to give it a new ravishing look. It gives you the option to choose from around 7 different colors.

Just head over to the Display settings > Navigation Bar and pick one of the colors.

4. PRIORITIZE YOUR NOTIFICATIONS in Galaxy A7

5. SWIPE PALM TO CAPTURE SCREENSHOT in Galaxy A7

Another cool feature of the Galaxy A7 is Palm Capture. All you have to do is slide the edge of your hand across the screen to capture a screenshot.

6. CUSTOMIZE ALWAYS ON DISPLAY in Galaxy A7

The Always on Display (AOD) feature has become synonymous with almost all the premium Samsung phones. This feature shows all the information such as time, battery level and notifications without waking up the phone.

What’s more? It contains a wide array of styles and themes. Moreover, you can even customize the AOD to reflect your contact information on the screen.

7. BOOST YOUR DOWNLOADS in Galaxy A7

Another nifty feature of the Galaxy A7 is Download Booster. As suggestive of its name, it lets you boost the download speed for files over 30MB.


How to Install TWRP Recovery And Root Samsung Galaxy A7

I hope to use to understand all article on Samsung Galaxy A7 (2018) Tips and Tricks. If you have any problem then ask in the comment box.  We can solve your problem.