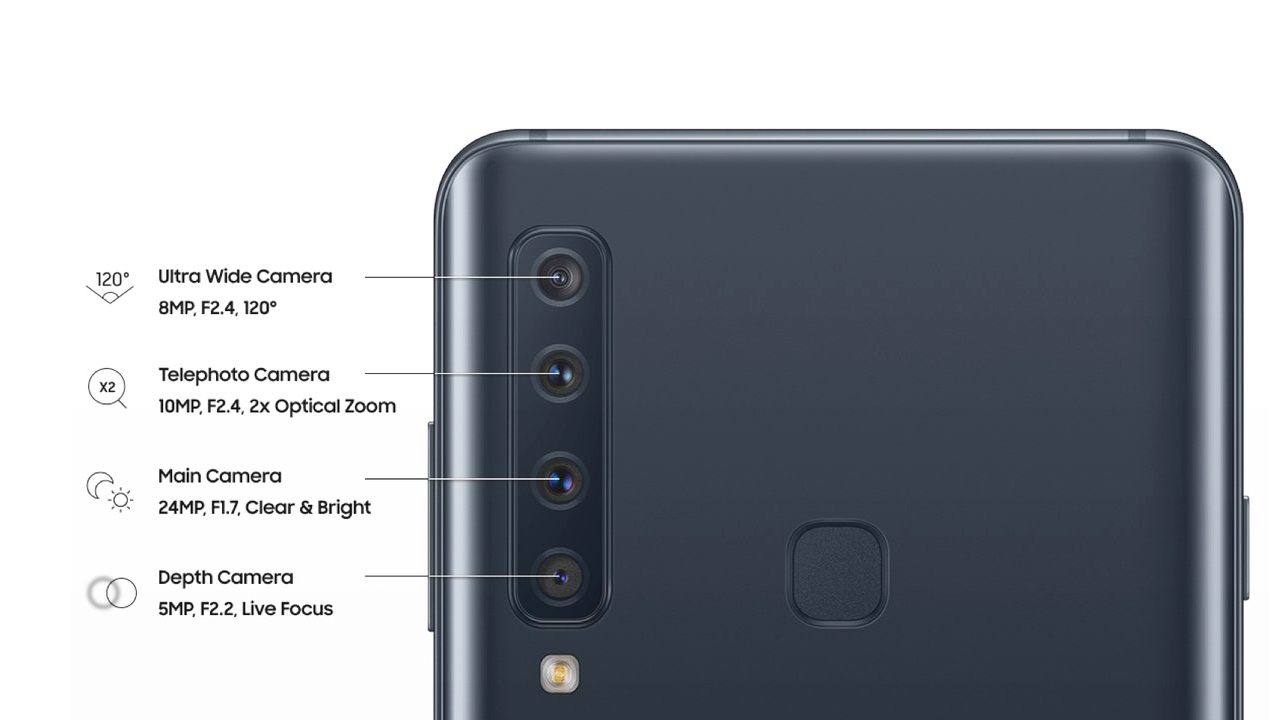 
Remember when Huawei and LG and also Samsung put three cameras on the back of their phones? How young and foolish we all were, not knowing that wonders like Samsung’s upcoming Galaxy A9 — with its four total cameras — would soon come into our lives. This is the world’s first Four camera phone.

Now we have our first look at the Samsung’s Galaxy A9 (2018) smartphone with four cameras, thanks to tipster Evan Blass, who has posted an image of the smartphone which also details the quadruple-camera setup.
In the image, you can see four vertically-mounted cameras – the device design shares a lot in common with the Galaxy A7, Samsung’s first triple-camera smartphone.

How to Install TWRP Recovery And Root Samsung Galaxy A7