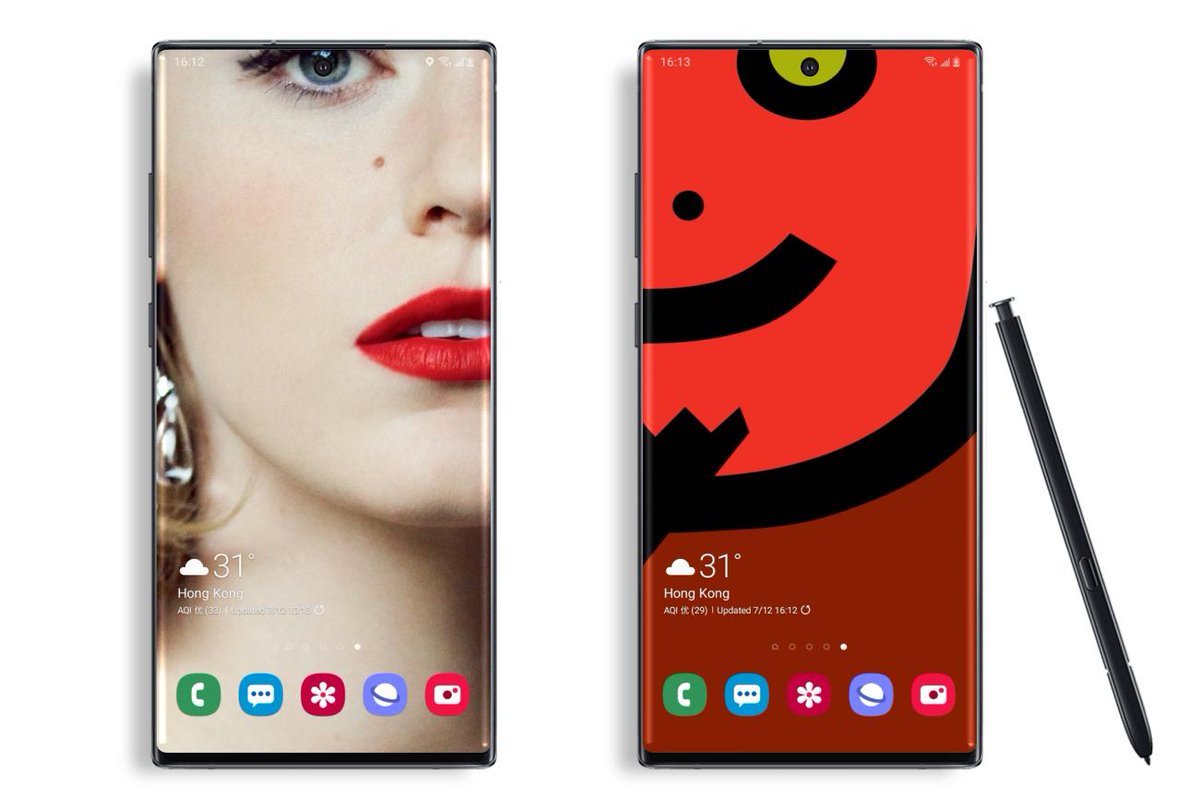 Recently, sources revealed that the Samsung Galaxy Note 10will be released in three memory options, including 256 GB, 512 GB, and 1 TB. Also, This is unconfirmed information, and official statements about the price of the Galaxy Note 10 will appear after the presentation on August 7. Sources also reported that the smartphone will go on sale on August 23. Along with him, the top Samsung Note 10 Plus will enter the market.  but now ice universes release some Galaxy Note 10 wallpapers on its twitter handle.