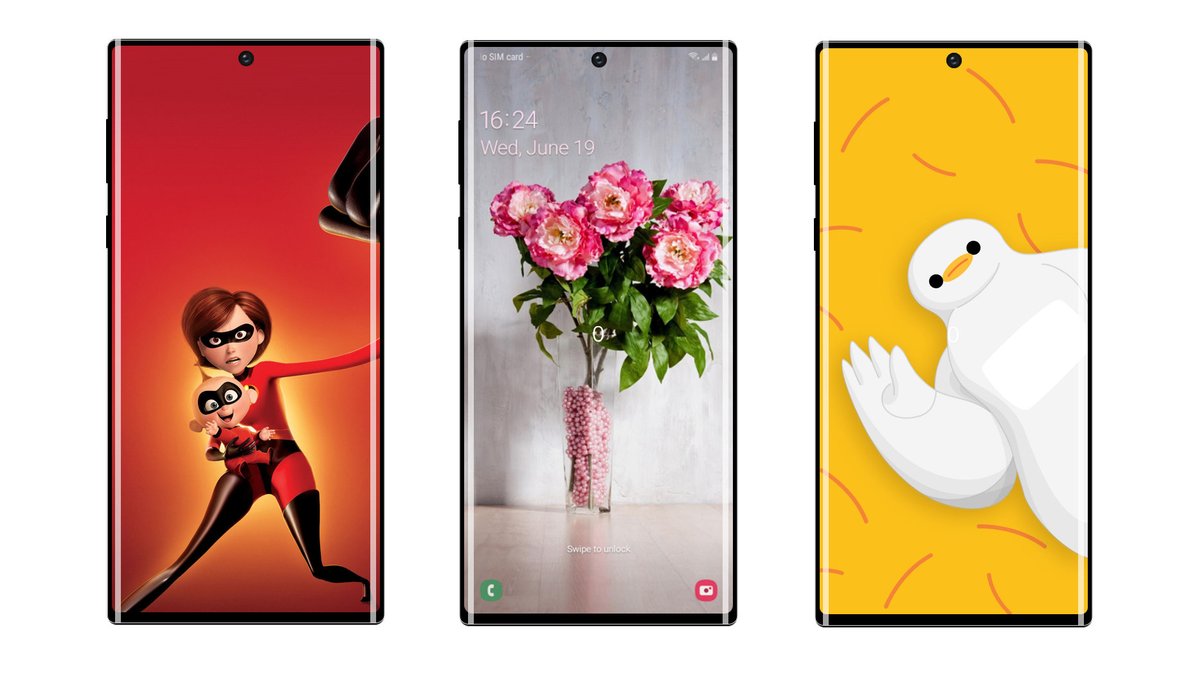 
Exactly two days ago, on June 28, the largest leak took place, thanks to which we saw live photos of the successor to the Samsung Galaxy Note 9. What’s more interesting, it confirmed that the new flagship will be called Galaxy Note 10 Plus, and not Pro, as we assumed earlier.

Based on the photographs, new high-quality renderings of the Samsung Galaxy Note 10 Plus were created, which were published by the authoritative Ice Universe insider. The device is shown only in front so that we do not have a complete picture to draw conclusions.

In the center of the screen is a single lens of the front camera. The panel itself has curved panels, like the Galaxy S10 and S10 Plus. The upper frame looks thinner than the lower one, and there is so little space that South Korean engineers will take advantage of the sound transmission technology through the display instead of the traditional conversational dynamics.

The fingerprint scanner will be integrated into the screen, there is no doubt about it. The new flagship will be presented in August at the next presentation of the Samsung Galaxy Unpacked.