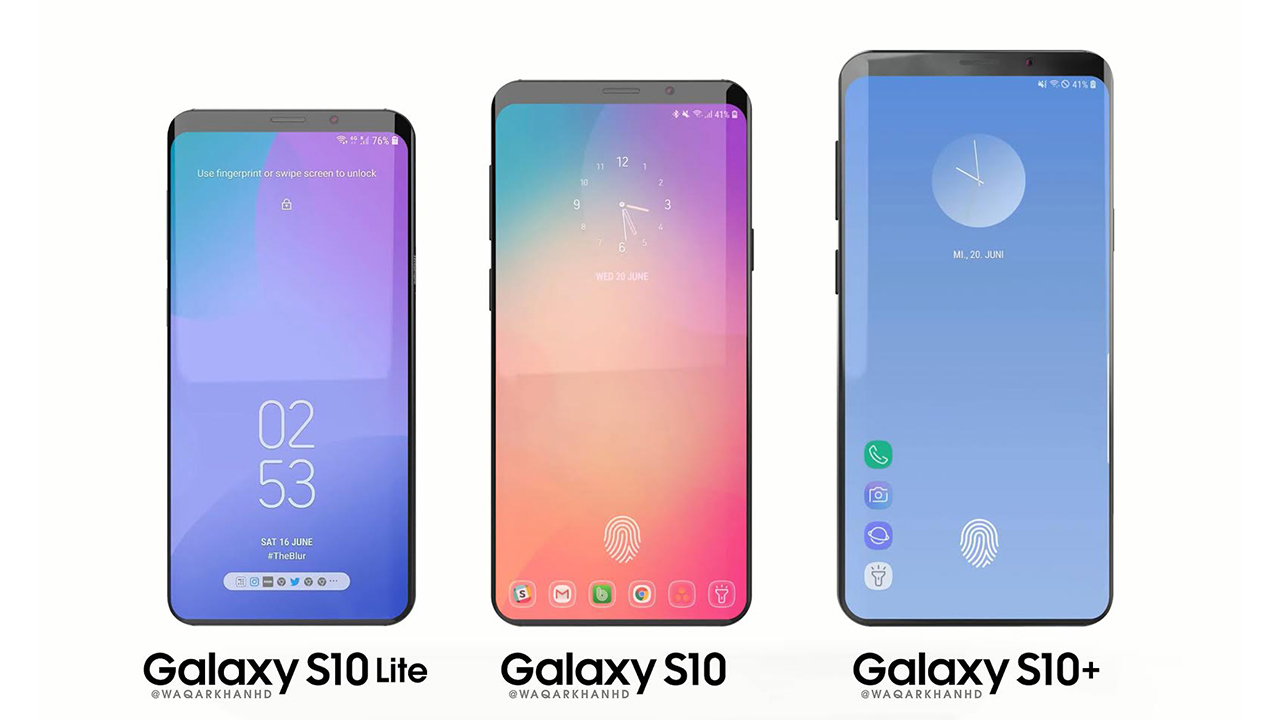 
Samsung Galaxy S10 is a next year’s flagship but recent sources already revealed some of the unique features for the Galaxy S-Series 10th-anniversary flagship.

According to a recent report, this time Samsung is planning to launch the next S-series phone in three device variants instead of two.

These three variants are speculated to bear different specs from low to high alongside Fingerprint in Display(FIG) and Triple rear camera setup.

Based on recent leaks and rumors a tech Youtuber ‘Waqar Khan’ created the related renders to the Galaxy S10 series’s that renders the key features and design of the three variants.