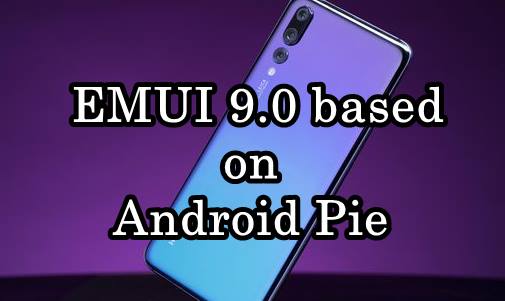 
Huawei launching EMUI 9.0 based on Android Pie at IFA 2018, Updates to start in September for some selected devices.

Android Pie has been made official just a few days ago and it is only available on smartphones from the Google Pixel line-up. But Huawei will soon bring the new major version of the operating system on its devices.


According to a company’s official, the new custom user interface EMUI 9.0 based on Android Pie will be officially announced at IFA 2018 in Berlin, one of the most important hi-tech related trade shows of the year which will take place on August 31.

The Huawei P20 series is getting it first, starting in September. Next up are the Huawei Mate series with no hard date. Presumably, this means the Mate 10 family but doesn’t exclude the Mate 9 phones. but the end of the year all Huawei devices get the official update.

EMUI 9.0 based on Android Pie will surely bring several improvements, just like every major Android version. Among these ones, there will surely be a better battery management.

How to download and install Android Pie in All Huawei Smartphone