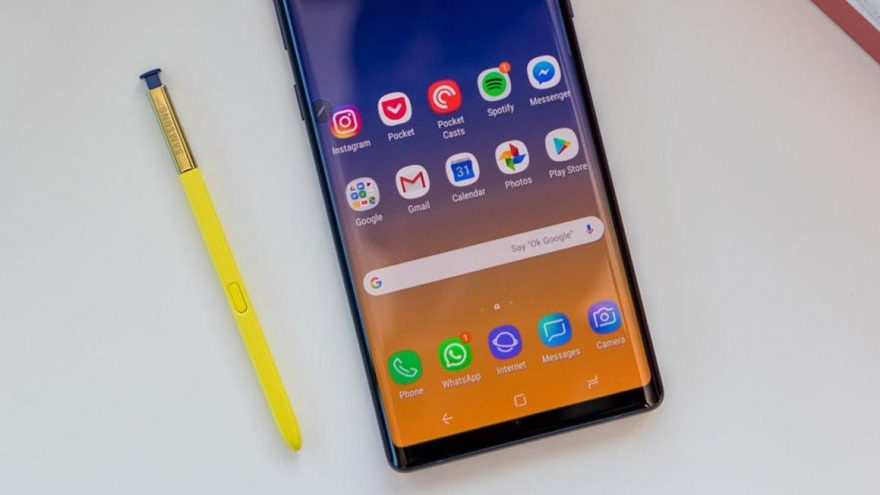 
Samsung will unveil the next Note series smartphone on 7th August. Today, Features of Galaxy Note 10 Plus Revealed Before Announcement. Authoritative OnLeaks insider shared information about the characteristics of the upcoming flagship smartphone Samsung Galaxy Note 10+. In addition to the key specifications, he also revealed one of the key features of the device associated with the proprietary stylus S Pen.

Steve Hemmerstoffer, aka OnLeaks, spoke about the characteristics of the Galaxy Note10 +. According to him, the device will receive a 6.8-inch Infinity-O AMOLED display, a Snapdragon 855 Plus or Exynos 9825 processor (depending on the market), 8 GB of RAM, a 256 GB UFS 3.0 drive and a 4300 mAh battery. The device will support fast charging with a power of 45 W, but the buyer will find the adapter with only 25 W included with it. In addition, an insider announces support for a 15 W wireless reverse charge.

The insider also said that the Galaxy Note 10 + will receive support for the Air Actions feature. Presumably, it will allow you to control your smartphone using the included S-Pen stylus. We are talking about some “air gestures”, but the details are not yet specified.