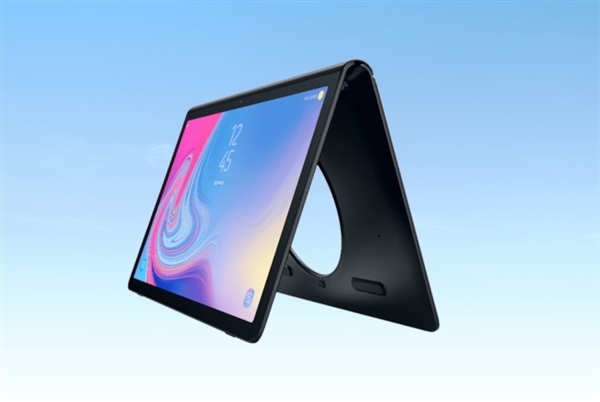 
Remember Samsung’s Galaxy View tablet with its 18.4-inch screen launched in 2015? After a lapse of four years, Samsung finally remembered that it still has such a product, and recently launched the upgraded View 2 of the aircraft. Samsung Galaxy View 2 is now officially released.

Compared with the previous generation, the new design has a hinge bracket with a 30° opening and closing on the back of the fuselage, which allows the flat to stand upright.

The front-facing 5-megapixel camera is equipped with a speaker system that supports Dolby Atmos, with a built-in 12000 mAh battery. In addition, the aircraft also supports LTE features. If you like, you can even call this tablet.

The Samsung Galaxy View 2 will be available through the US carrier AT&T, which will include DirecTV Now and streaming services from AT&T, making it easy for users to follow the show.

The aircraft will officially land in the North American market on April 26, and AT&T has prepared a $27 monthly 20-month installment plan for it, which is $740.