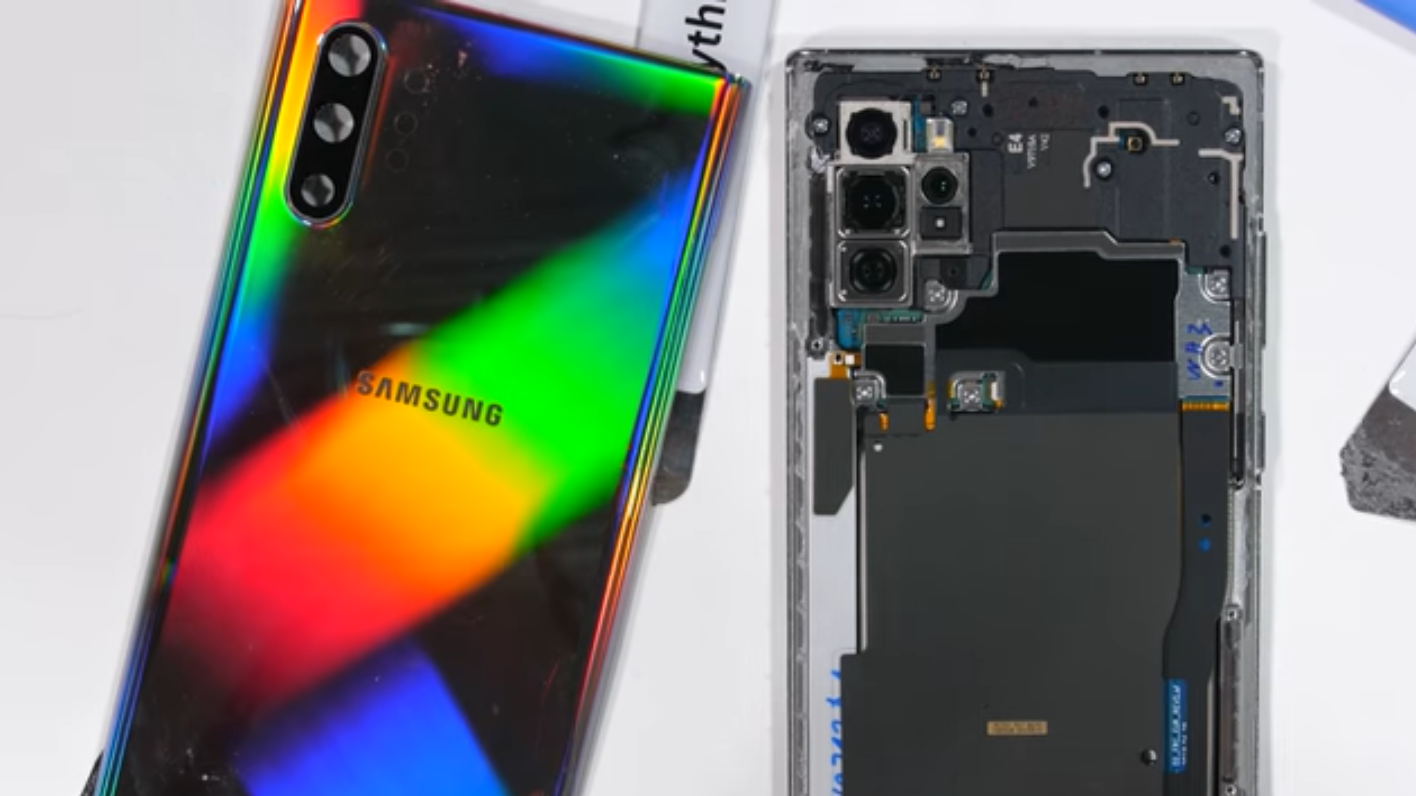 
So the Galaxy Note 10 and Note 10 Plus have been revealed on August 7th, the Samsung Galaxy Note 10+ has already passed the strength test, overtaking the iPhone XS Max. Now the smartphone was taken apart by a well-known blogger in order to find out how the flagship gadget is arranged and how easy it is to repair.

Zack Nelson, a YouTuber JerryRigEverything, has tested the Galaxy Note 10+. To remove the back of the case, the blogger used a construction hair dryer, clerical knife, suction cups, and a plastic spatula. The difficulty in dismantling was the presence of a rounded case cover – one incorrect movement can lead to damage to the entire panel.

Not one of the cables or connectors of the smartphone is connected to the back cover. The Galaxy Note10 + battery is covered by a flat wireless charging coil. The device has two such elements at once: a small one for charging the gadget itself and a side one for recharging the S-Pen stylus.

The battery was especially difficult to disassemble, which the manufacturer reliably glued to the case. Below it is a thin plate of a fingerprint scanner integrated under the display. During disassembly, the radiator of the liquid cooling system was also opened.

The blogger examined all the modules of the device, including a block of four cameras with a variable aperture and optical stabilization, as well as a motherboard made using two-layer technology. Dismantling the Samsung Galaxy Note10 + clearly demonstrates why the company refused to install the usual 3.5-mm audio port – there is simply no place in the device case for a connector of this size.