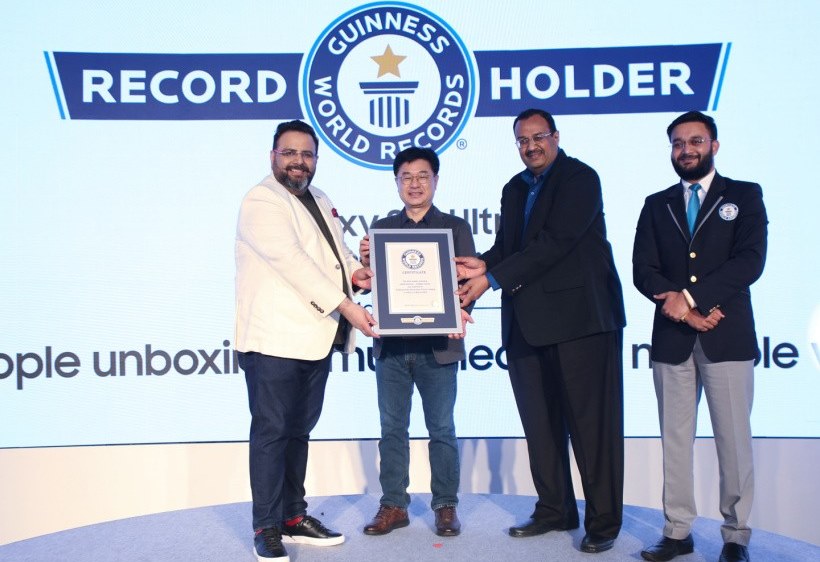 
According to foreign media SamMobile, Samsung recently set a somewhat strange Guinness record: a total of 1820 people in 17 cities unpacked the Samsung Galaxy S22 Ultra at the same time . The record of “the most people unpacking at the same time in multiple places” was previously created by Xiaomi in 2019 at the World Trade Center in New York, USA, with 703 people.

Samsung’s unboxing event was held on March 5, and Aditya Babbar, local Samsung senior director and head of product marketing, said: “Thanks to all the consumers and loyal fans who were there, we created this historic moment together.” Thanks to users in India who pre-order the S22 Ultra, you can also get a Galaxy Watch 4 as a gift.

At present, the domestic Samsung Galaxy S22 series has been officially launched. Users interested in top flagships should not miss it.