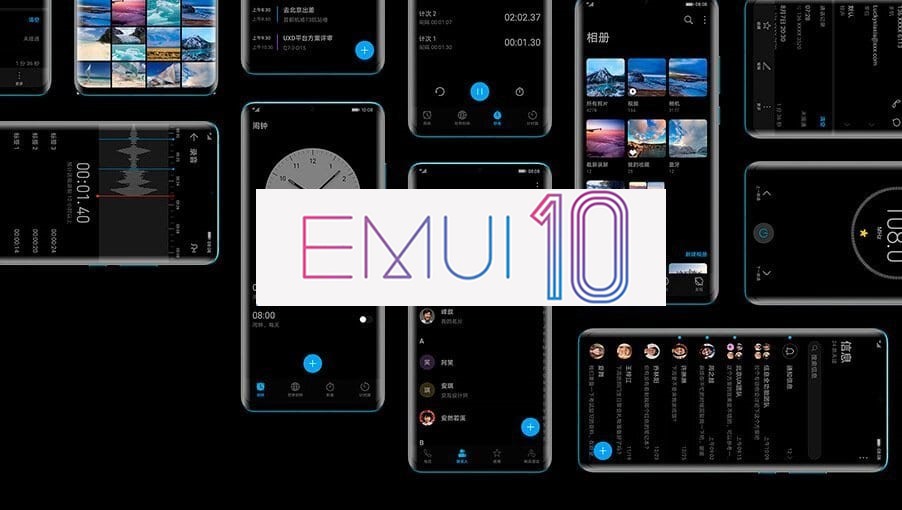 
At the HUAWEI Developers Conference 2019, in addition to the announcement of the Harmony OS operating system, Huawei officially introduced the new version of the EMUI that called EMUI 10. Among the key changes are a redesigned user interface, increased speed, and smoothness of the system, and deeper integration of artificial intelligence.

According to representatives of Huawei, in EMUI 10 energy consumption is reduced by 6%. The GPU Turbo feature has also been finalized, which improves the graphics processor performance of the smartphone in games. Compared with the previous version of EMUI, its efficiency has increased by 60%. In addition, the speed of wireless connections increased by 70%.

In EMUI 10, the company significantly updated the user interface, standard applications, and icons for them. The dark theme is deeply integrated with the system and automatically repaints all pre-installed programs in black. In addition, it became possible to adjust the color accents of different interface elements.

Huawei also continues to develop its own ecosystem, so in EMUI 10 you can answer an incoming call not only from a smartphone but also with a smartwatch or smart TV. During a conversation, fast switching between these devices is supported.

EMUI 10 beta testing starts on September 8th of this year. Owners of the Huawei P30 and P30 Pro will be the first to try the updated firmware. In addition, the shell will be installed out of the box on the Mate 30, Mate 30 Pro and Mate 30 Lite, the presentation of which is expected in October.

Earlier, Huawei and HONOR have already announced a list of devices that will receive Android Q and a new shell.