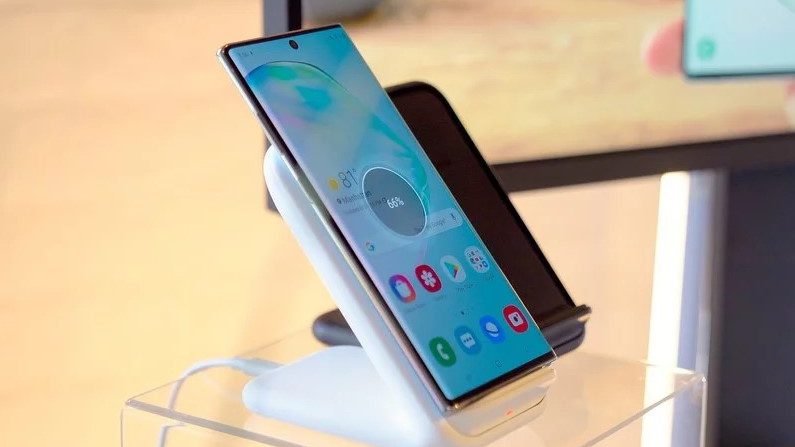 The Galaxy Note 10+ support charging speeds of up to 45W but up until now, we have heard absolutely nothing from Samsung about it nor we knew how it’s going to look like.

Well, that is changing today because, for the first time ever, Samsung showcased the 45W charger in China. This is how it looks…

But the thing is they haven’t actually done a charging test so we still don’t know how fast this charger is going to charger the Note 10+ in real life. An interesting thing I guess I should talk about is that these Samsung chargers whether it’s 45W or 25W have USB-C to USB-C connectivity which is a good thing as it is an open charging standard that enables super-fast charging.

But the downside is, most of our computers have USB-A ports so if you want to transfer your files then you need a USB-C to USB-A adapter and you need to buy it separately as Samsung isn’t including one in the box.

The 45w optional charger for Galaxy Note10 Plus has been leaked online, thanks to IceUniverse.

Can you use a third-party 45W charger with the Galaxy Note 10+?

A lot of people were asking me this question that can they use a third party 45W charger with the Galaxy Note 10+. The answer is Yes but there are a few things you need to consider before buying a third-party charger or else you’re going to just waste your money.

First of all, if you buy it directly from Samsung, it’s going to cost you $50 and it’s advisable to buy from Samsung themselves than going for a 3rd party charger. But let’s say you already have a charger which is 45W or let’s say you want to buy it on your own then here are a couple of things you need to consider.

If you don’t buy an e-marked cable, doesn’t matter if the charging head is 45W or 100W then the Note 10+ will only charge it at 15W of speeds. So these are a couple of things you need to keep in mind before buying a 45W charger.

Samsung is using USB power delivery this time which allows charging speeds that are both fast and safe for Note 10. That’s the reason they went with the USB-C to C cable this time.