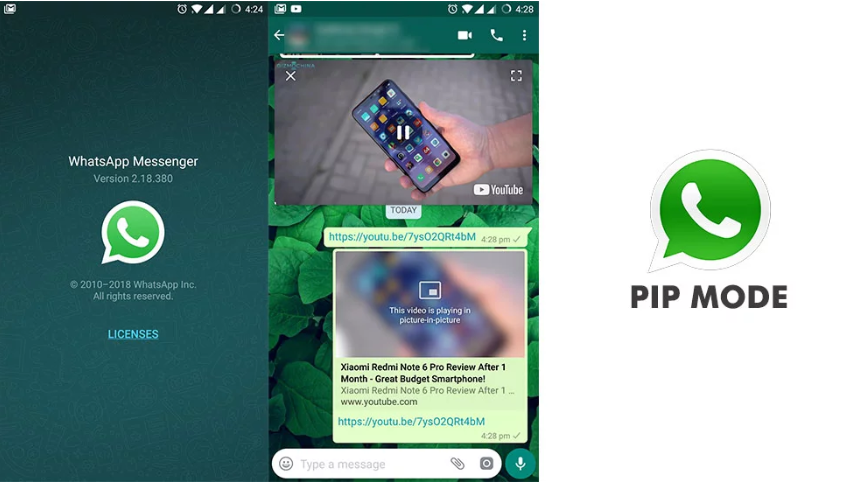 
After a long time WhatsApp picture in picture mode available to all Android users. Instant Messaging app released this feature on Android beta version in October. While iPhone users benefit from the PiP mode since the beginning of 2018.

How to Create your own Photo WhatsApp sticker?

Now finally the latest update of WhatsApp brings this feature. With the help of this feature, the video of  Instagram, Facebook and YouTube can be viewed in WhatsApp itself. Whenever you get a video link in your WhatsApp chat window, you’ll now have the option to watch it using the picture-in-picture mode without having to open a third-party app.

After two months of testing in the Beta phase, this feature has been released with the stable update for the Android platform. To get this update you will need to update your Whatsapp by Google Play Store. The feature is enclosed in the Whatsapp stable version 2.18.380.