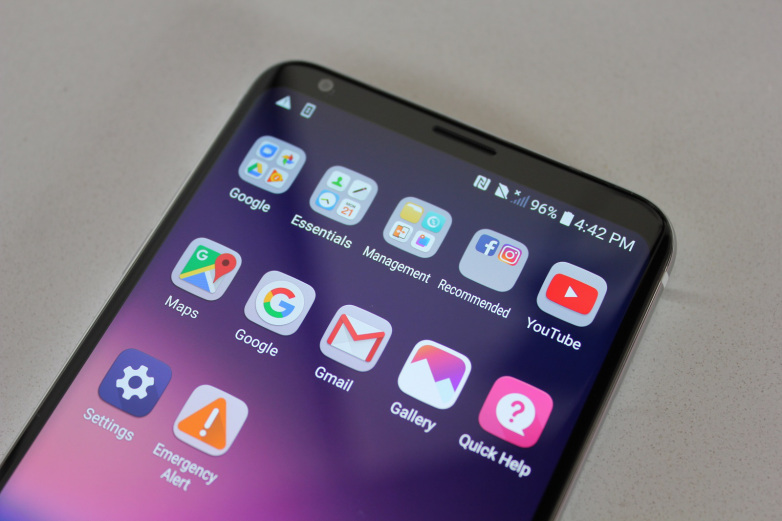 
You will be able to Learn top 8 LG V40 ThinQ Hidden Features, Tips, and Tricks. That You Must Check Out. Today we are here with Detail guide on LG V40 ThinQ. As we all know, it’s not the hardware specs alone that define a phone. The software also plays an important role in making it a complete experience.

The LG V40 ThinQ is the first phone in the world that lets you take an ultra wide-angle shot or zoom in, thanks to the three cameras on its back. From the 107° ultra wide lens, through the 78° main lens to the 45° telephoto lens, the new flagship covers 3x worth of optical zoom (the lenses are 16-25-50mm in 35mm equivalent).

1. Double-tap to wake it up

If you own any recent LG phone you’ll be familiar with this feature. If not, you’ll wonder how you ever did without it.

Simply double-tap the screen to wake it up. This lets you start doing stuff without having to pick the phone up and locate the rear power button. Why don’t all phones let you do this?

2. How to change the navigation buttons

You’ll find the standard Android navigation buttons, Back, Home, and Recent apps are displayed at the bottom of the screen on your LG V40 ThinQ, but you can change them if you want to. If you’ve switched from a Samsung phone and find you expect Back and Recent to be the opposite way around, then you can make it happen by going to Settings > Display > Home touch buttons > Button combination. Tap and hold an icon to drag it to a new position. You can also add Notification, Capture+, or QSlide if you’re so inclined.

3. Unlock it with your face

The latest flagship phones are big on facial recognition, and the LG V40 ThinQis no different. It uses the selfie-camera to instantly recognize your face and unlock itself, even when the phone screen’s off. Here’s how to set it up:

4. How to use the Floating Bar

If you want to use LG’s shortcut Floating Bar, which places a small tab on your screen you can tap to unfurl a floating bar of app shortcuts, screen capture controls, music player controls, or quick contacts, then go to Settings > General > Floating Bar. Toggle it on and off or tap on Floating Bar to go in and customize what it does.

5. Draw, write or doodle on the screen

You can write or draw on the LG V40 ThinQ’s display with a simple button tap – no special pens required. So if you’re in the mood for a quick doodle or need to take some urgent notes, give the pencil icon on your floating bar a tap. When you’re done, tap the check mark to save your work.

6. How to take a screenshot or GIF

7. Bring back your app drawer

You won’t see an app drawer when you switch on the LG V40 ThinQ for the first time. That’s because there isn’t one – all your apps are displayed on your home screen, and that’s just the way it is. Unless you do the following:

8. How to save battery life

Dip into Settings > General > Battery & power saving to check your Battery usage and identify problem apps or services. You’ll also find the Battery saver option in here, which will extend your battery life by reducing performance and restricting background activities. If none of that works for you, then it may be time to shop for a good portable charger.

I hope to use to understand all article on 8 Best LG V40 ThinQ Hidden Feature, Tips, and Tricks. If you have any problem then ask in the comment box. We can solve your problem.