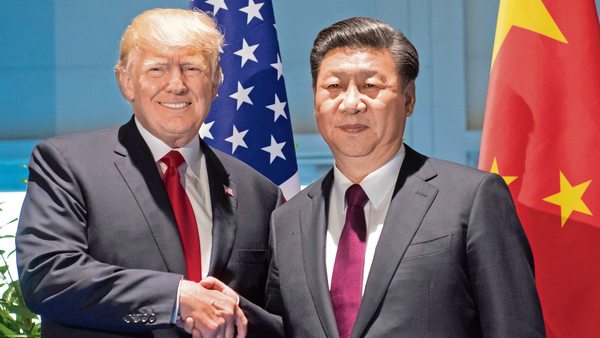 
Huawei is officially back in the game. The US government decided to uplift the ban that they imposed on Huawei which implied American companies to stop working with the Chinese giant rending Huawei helpless and with an uncertain future.

Huawei was banned from using Android, Google apps and Play store. And most importantly they couldn’t use ARM’s architecture which is needed to build mobile processors. So the ban was a big deal than what most people have imagined. But in the ongoing G20 summit Donald Trump and the President of China agreed to a cease-fire in the trade war between the two countries.

Which means the US companies can now work with Huawei and can sell their equipment to Huawei.

This is such a huge relief to Huawei. But wait the US has still not removed Huawei from the blacklist. The US is now expected to hold a meeting to discuss how they’re going to deal with Huawei and its presence in that blacklist. Trump said he knows a lot about Huawei but didn’t want to share it right now because now is the right time. But he said that he may share it in the future.

In any case, this is a huge relief to Huawei as now they can continue their business as usual. And yes, you can buy their phones without much of a concern. But we think Huawei should continue to work on their own operating system and try to distance itself from American technology. Because Trump has shown that it takes one order to destroy a company so for Huawei relying too much on an American tech is not a good idea. Because this could happen in the future as well if the relationship between the US and China gets worse for some reason.

That being said, we’re really happy to Huawei users and most importantly we are happy about that the competition is back again. This will surely make other companies to keep pushing the boundaries when it comes to innovation in smartphone technology.

Just a year ago Samsung was kinda lazy, they were becoming the Apple 2.0 and they took us fro granted. But when they realize that Huawei is a real threat for them and for their number one spot in smartphone ranking, they changed their whole smartphone business plan.

They started releasing great budget and mid-range phones. Also flagship phones like the Galaxy S10 and the upcoming Galaxy Note 10. When was the last time the Galaxy S and note phones had such a massive difference both in appearance as well as in features in a single year?

So it’s a great thing that Huawei is back as they will push big companies like Samsung to keep innovating and come up with great products. We’re not gonna include Apple because they live in their own world and they don’t even care.