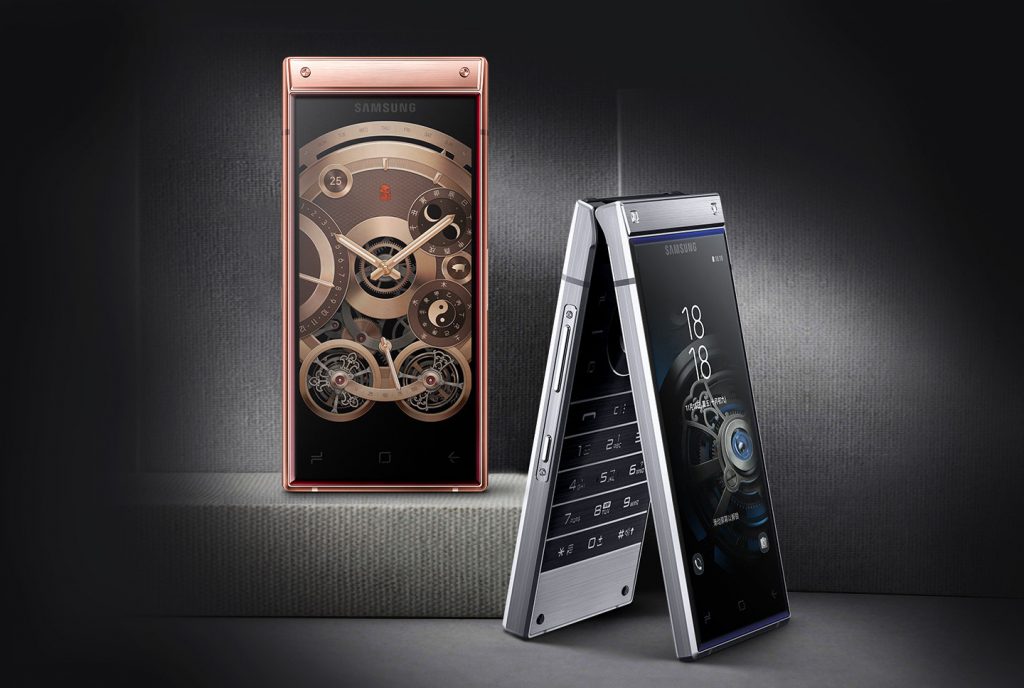 The external screen of Samsung W2019 flip phone will be coming with an S-AMOLED display with 4.2-inches and 1920 x 1080 pixels resolution. The internal 4.2-inch S_AMOLED display also has the same Full HD resolution. On the back side, the smartphone is made of Corning Gorilla Glass and will be available in Rose Gold and Platinum color options.

On the right side of the phone, there’s a Side-Mounted Fingerprint sensor and card slot to support dual card dual standby or single card + MicroSD memory card expansion. And on left, there are the Volume adjustment keys alongside a dedicated Bixby button to interact with.

At last, Samsung is yet to confirm on the pricing of the W2019 because of this phone is mixed produced with China Telecom, but it’s expected to remain at the similar range of the previous phones.