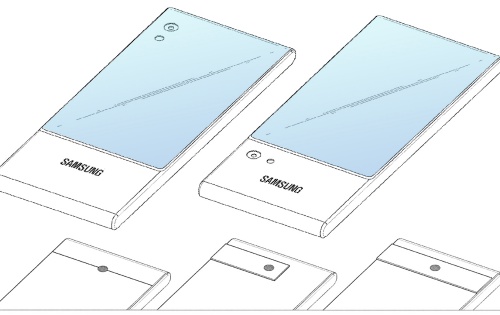 
In addition to folding smartphones, Samsung is working on other form factors of mobile devices. In one of the latest patents of the South Korean giant, new ways of interacting with a smartphone, which uses a “streamlined” display covering several sides of the body, are described.

The patent describes a smartphone, the screen of which continues on the rear panel. The user can activate the desired part of the screen (front or back) by hovering her hand or the original stylus S Pen. This solution has a number of useful applications. For example, when shooting someone, a person can see his image in the frame on the rear display. In addition, the presence of an additional screen at the back allows you to use the main camera for selfie.

Another function of such a smartphone can be the ability to transfer speech between several people – everyone will see the other person in front of them. In addition, on the top face, where the screen goes around the device, various useful information or notifications can be displayed.

Note that the idea with two screens in the smartphone is not new. This was in the Meizu Pro 7, Vivo NEX Dual Display, Nubia X and other smartphones, but all of them had two separate displays, and not one, enveloping the case.