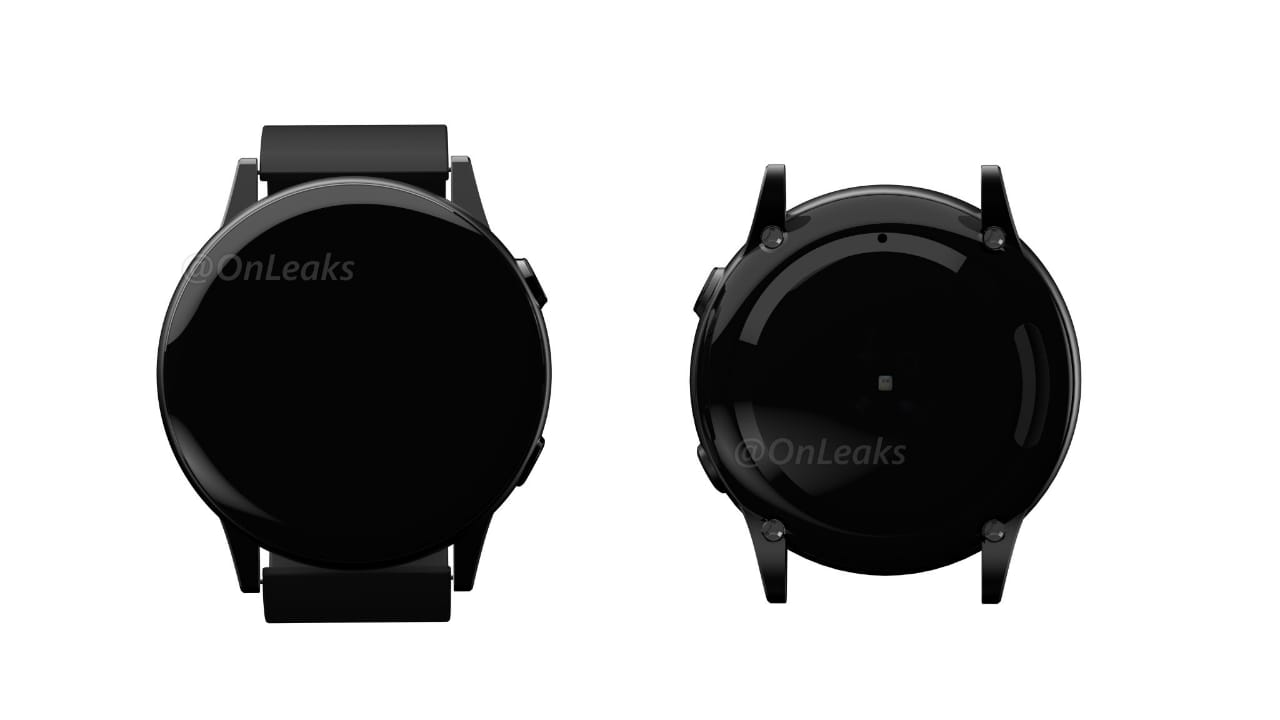 
The South Korean company Samsung was unveiled Galaxy Watch with Galaxy Note 9 in August. Two weeks ago the company had just started working on a new smartwatch, which is internally known as Pulse. Samsung is now working on the Gear Sport’s successor and the new smartwatch could be called Galaxy Sport. Now Samsung Galaxy Sport new renders appear.

According to the @OnLeaks the Galaxy Spot new renders show a familiar design language for the smartwatch with one major difference. It doesn’t have a fluted or toothed bezel. The bezel on this smartwatch appears to be smooth. That’s not to say it can’t have a rotating bezel if it’s not fluted but whether it would have that reassuring click is something of a mystery right now.

According to the previous report the Galaxy Sport has 4GB of internal storage and will be powered by Tizen OS and it will feature deeper Bixby integration.
We know many of you probably have no love for Samsung’s voice assistant, but the Galaxy Sport will bring Bixby Reminder, which will allow users to get Bixby notifications from their smartphones to the smartwatch. We can’t say for sure, the Galaxy sport may launch with Galaxy S10.