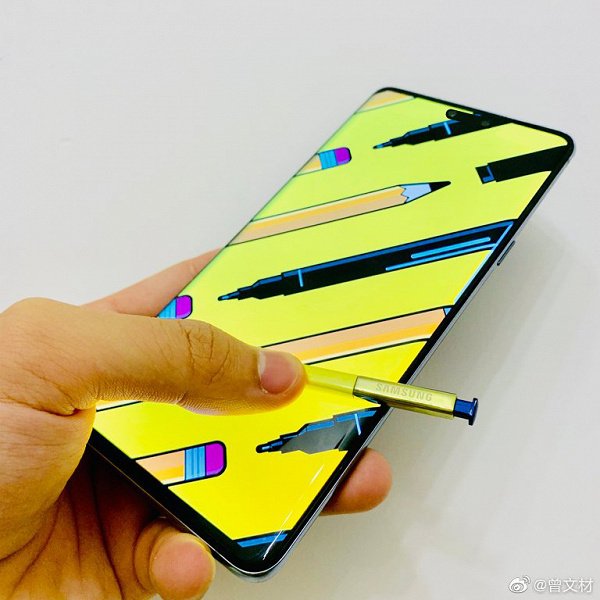 
A couple a days ago according to the leaks, Samsung will cancel the headset hole and physical buttons on the Galaxy Note10, and it will become the second Samsung flagship phone without a headphone port after the Galaxy Fold. Now according to the source, Samsung Galaxy Note 10 leaked images show dual front camera located in the center and more.

Also Read: Samsung Galaxy Note 10 may not have physical buttons or even a 3.5 mm audio jack

There are not many leaks and insider information. Literally, we just talked about the fact that the Samsung Galaxy Note 10 can get 45-watt charging, as its alleged photographs have now appeared. The first thing we noticed is a very thin frame around the screen.

Next, it has a dual front camera, which is located in the center. Of course, this is contrary to other information that the Galaxy Note 10 will receive a single lens in front. Stylus S Pen is on the bottom right side, and in the center should be a USB-port. It may be deprived of a 3.5 mm audio jack, but this has not yet been confirmed.

Samsung Galaxy Note 10 is announced in 2 months, and during this time we expect to learn everything about it.