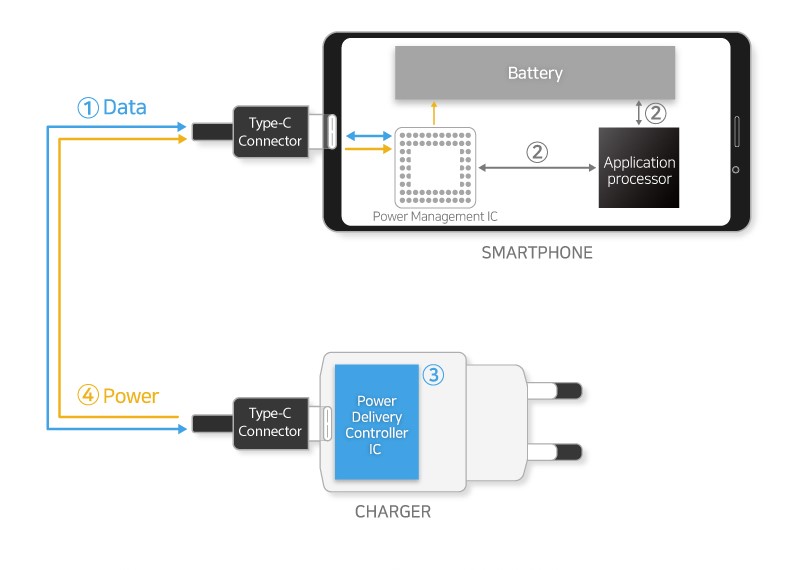 
Samsung has announced two USB Type-C Power Delivery Controllers. Both SE8A and MM101 solutions support fast charging power up to 100 watts. Experts agree that this technology will be part of the future flagships of the Samsung Galaxy Note 10 and Galaxy S11.

The fastest charging available on Galaxy smartphones has a capacity of 25 watts. Seoul calls it Super Fast Charging, and it is available only on the Galaxy S10 5G and Galaxy A70. The press release states that new controllers can be used in a huge number of devices, including smartphones, tablets, monitors, and computers.

The company has announced that it will begin mass production of the SE8A, and it should be inside the upcoming Samsung Galaxy Note 10 phablet. It is reported that this unit will receive a 4300 mAh battery, and this is not much, but not a little. The very Samsung Galaxy S10 Plus got a 4100 mAh battery.