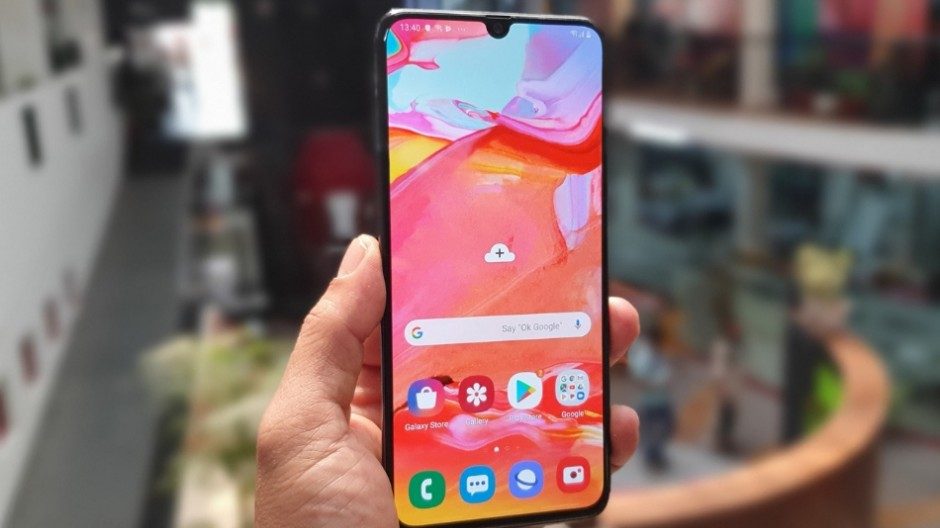 
The Samsung Galaxy A70 smartphone remained the most advanced smartphone in the series until the Galaxy A80 came onto the market. He was the first after the Galaxy S10 5G to get 25 Watts fast charging technology, and now Galaxy A70 new update brings Super Steady video recording feature. This feature was introduced with the Galaxy S10 flagships and was also featured on the premium Galaxy A80.

The Galaxy A70 got an excellent 32-megapixel camera, and in addition to Super Steady, it has Super Slow-mo and AR Emoji slow motion. And the innovation that appeared on this device as a result of the release of the new update improves image stabilization while shooting videos on a wide-angle lens. Samsung does not disclose the principle of its development, but in order for the image to remain high-quality, more light is needed. The fact is that wide-angle lenses have a smaller aperture than conventional ones.

If you use Super Steady digital stabilization, the maximum video resolution will be limited to 1920 by 1080 pixels, and the frame refresh rate will be no more than 30 FPS. The function is activated by pressing a single button in the form of a trembling hand.

Unfortunately, the latest update does not contain any security fixes. The smartphone still has the groundwork for May, and today is July 22. Anyway, after installing the update, the firmware version number will change to A705FNXXU2ASF5. The of this update is 487.49MB