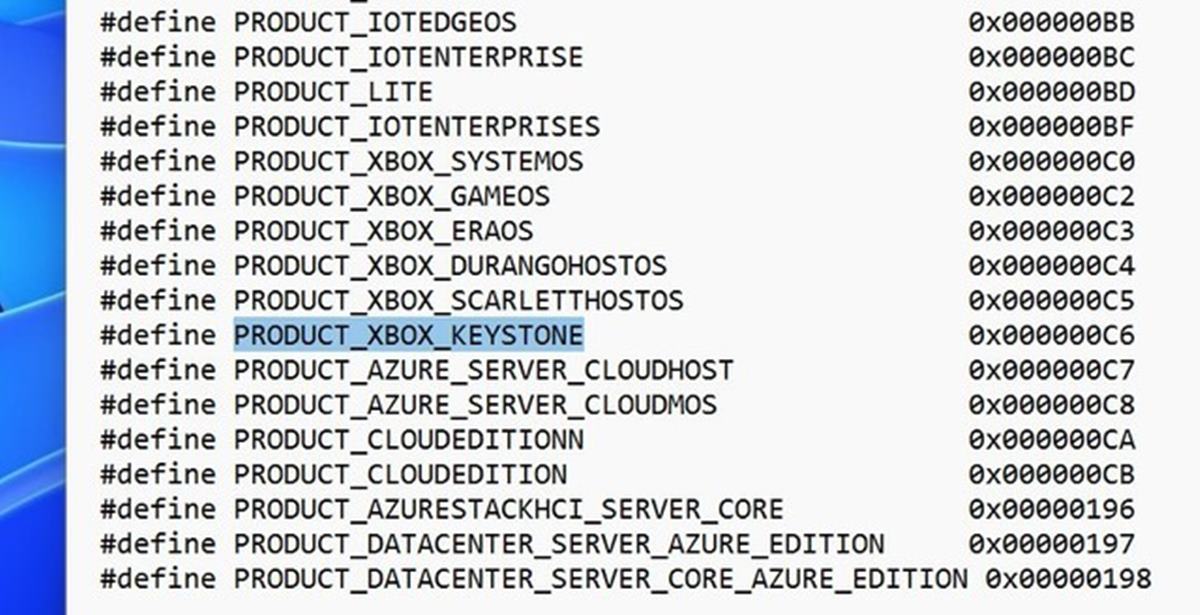 
A Twitter user named Tero Alhonen recently claimed that he found a new Xbox product, code-named “Keystone”, which may be an enhanced version of the Xbox Series X console similar to the Xbox One X. Judging from the pictures provided by Tero Alhonen, “Keystone” is listed as a product and is located below “Durango” and “Scarlett”.

It’s not entirely clear what the “Keystone” stands for, but it’s under the development codename for the Xbox Series X and Xbox One, which is suggestive.

Microsoft isn’t announcing any new consoles right now, but it’s worth considering that console makers typically plan years in advance, so Microsoft may be gearing up for a new console now.