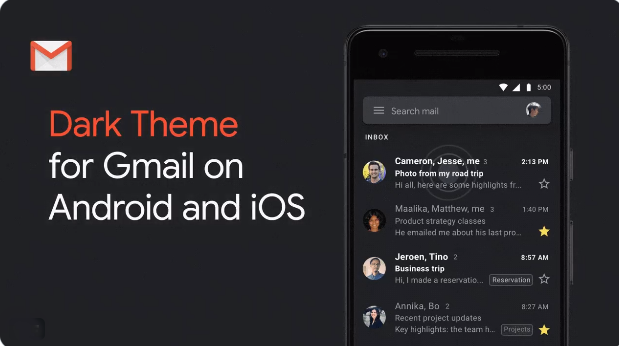 
Finally, the Gmail got a dedicated dark mode for its Application, which would match up with its new Android 10 system-wide dark theme. Now Gmail app roll out dark mode features. This feature now available only for iOS 13 and Android 10 user.

Google sent out a tweet Tuesday morning that I think is trying to spell out the “Imperial March” from Star Wars. It shows us what “Dark Theme” will look like and, hell yeah, it looks pretty good.

If you’re not seeing this option, don’t worry. Google says in its press release that dark mode is releasing over an “extended rollout” period of 15 days or longer on Android and iOS. So if you don’t already have the feature, it’s on the way; you just might be in for a bit of a wait.