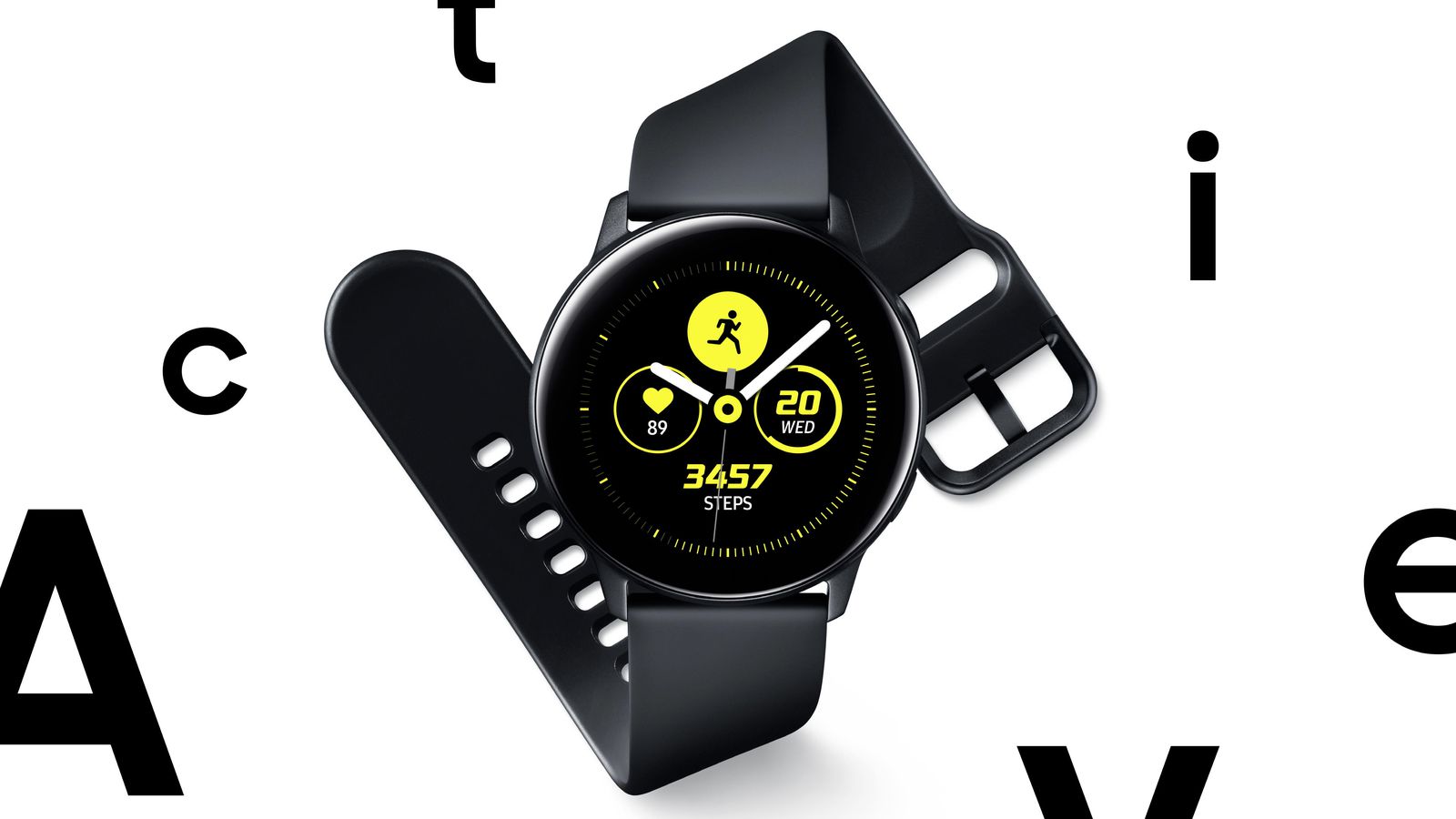 
Welcome to the home of the best How-to guides for your Samsung Galaxy needs, And today’s article we will talk about Galaxy Watch Active review.

At the flagship Galaxy Unpacked event, Samsung launched its new range of wearables along with the new Galaxy S10 series of smartphones. The new launches include the Galaxy Watch Active smartwatch along with the Galaxy Fit and Galaxy Fit E fitness trackers. The Galaxy Watch Active is the second smartwatch in the new Galaxy Watch series that was introduced last year and Samsung has finally ditched the rotating bezel design and offers improved fitness tracking features.

Samsung’s new Galaxy Watch is a lighter sporty-er and cheaper version of last year’s Galaxy Watch with a few key differences the most obvious one’s design there is no rotating bezel on this watch a feature that had become almost symbolic of Samsung’s smartwatches instead it has a circular touchscreen with a thin frame that only comes in one size and core colors.

I’m kind of torn about the design of this watch because on the one hand, I love how much slimmer and how much lighter it feels on the wrist than previous Galaxy Watches but, on the other hand, we really do miss that rotating bezel but just scrolling like when you have a lot of options the scrolling features of the watch bezel is something we did on this watch.

How to Use Samsung Health on Galaxy Watch Active?

We will say though it was so much nicer when working out and when wearing it to bed like the previous Galaxy watch we just refused to wear it to sleep because it was so thick that it would kind of wake up at night it was bulky for working out Galaxy watch Active I forget it’s on My wrist.

The Galaxy Watch Active comes loaded with a lot of the same Health and Fitness features as its older siblings it has built-in GPS to track distance it can track altitude it’s water resistant up to 50 meters so you can track swims its optical Hear Rate sensor helps calculate calories burn during activity analyze your sleep and keep track of stress levels just like the Galaxy Watch. The biggest fitness feature is one we already talked about it’s the design so other than that the user experience is very similar to the previous Galaxy watches say for some minor tweaks of how that information is displayed you still get that wide range of activities to choose from when you’re working out you get that automatic workout detection.

How to use Samsung Pay on Galaxy Watch Active?

The Galaxy Watch Active runs on Samsung’s own Tizen operating system just like the rest and it’s compatible with any Android or iOS device although do lose some of the features if you’re using an iPhone. The Watch Active has a smaller battery than both versions of the previous Galaxy watches but, it also has the ability to charge wirelessly on a Galaxy S10 devices the watch is Wi-Fi only so it depends on the phone for connectivity and use this NFC for Samsung Pay.

One of the best things about this watch is not necessarily a feature it’s the price at $200 it’s one of the cheapest SmartWatch options in the market it’s roughly the same price as a Fitbit Versa and you get more functionality out of the watch and it’s almost half the price of an Apple watch series 4.