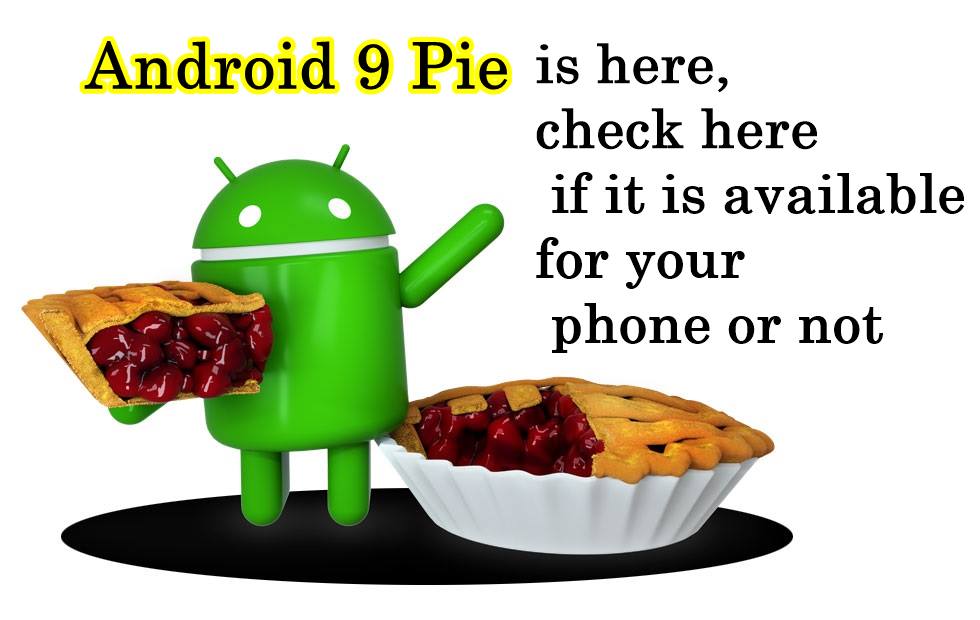 
Android 9 Pie is here, the next iteration in the Android family has now been officially released. The latest Android version comes after the debut of five developer preview builds of Android P that is claimed to have been tested by more than 140,000 beta testers till date.

Starting Monday, Google’s new mobile operating system is rolling out to Pixel users. Google, as announced at I/O event, has also been working with other smartphone brands including Sony, Xiaomi, Nokia, Oppo, Vivo, and OnePlus to bring Android Pie update to some of their phones.

when it launched was a part of the Android P beta program. So, expect Android P to hit these phones across the world very soon.

According to News has confirmed that some of the other phones will get Android P update when the software releases in the stable version.

These Android One phones will most likely get the Android P by the end of this year.