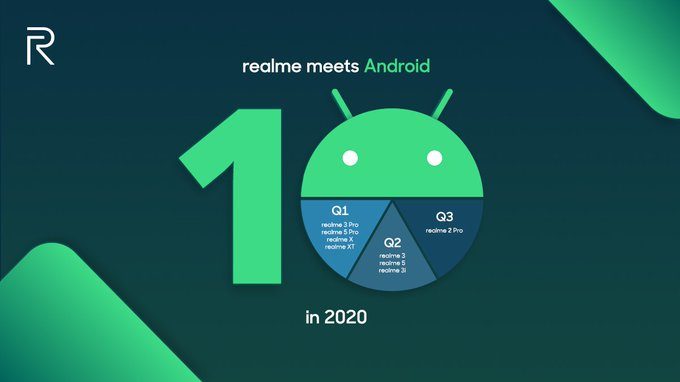 
As you know that Realme always keeps updating its devices on time. If we talk about monthly security updates or the latest Android update, both types of updates are available from time to time on Realme Smartphones. And now Realme has set a Benchmark of giving the most Android updates for its devices in this price segment.

Realme had launched many of its devices which were running on Android Oreo, After some time, they got the update of Android 9 Pie. and now the Android 10 updates has been officially announced for many devices. So getting three updates of Android continuously in this price segment is like setting a benchmark.

Also Read: How to enable dark mode in Android 10