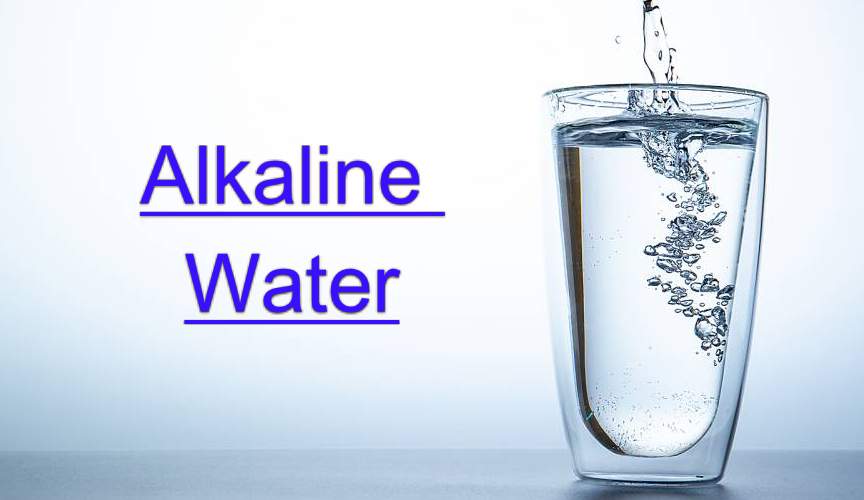 
You may have heard of alkaline water. It’s the newest health trend in the world. These products are essentially just water treated to have a more basic PH between 8 and 10 instead of water’s usual neutral 7. And supposedly they take your internal chemistry from acidic to alkaline, leaving you more hydrated and healthy.

What is alkaline water?

Drinking alkaline water can even prevent bone loss and cure cancer if the health gurus are to be believed, but science doesn’t back it up as any kind of miracle drink. ash hypothesis, that a more acidic body leads to health problems like cancer and osteoporosis. And if an acidic body creates bad health, then making things a little more alkaline could prevent all kinds of diseases. So for decades, folks have been coming up with special diets and now beverages like alkaline water that are supposed to raise your bodily PH and thereby cure cancer. But there isn’t one bodily PH.

Human blood has a PH  of around 7 4. For example, while muscles are a bit more acidic at a PH of around 6.1, and it’s not easy to change those numbers with what you eat or drink. For example, a study published in 2001 is often touted as showing that special diets can tweak internal PHs, but even it didn’t actually find much of an effect.

The researchers prepared two meal plans for 8 volunteers and acidifying one where the foods had higher amounts of phosphates in them. And participants drank low PH water and an alkaline one with loads of calcium and high PH water. But after four days on the alkaline diet, while the subject’s P was noticeably less acidic, the average blood PH only went up 0-0-1-4 units.

On average, that’s less than the participant’s daily variation and likely within the level of error for the instrument used to detect it. It’s actually a good thing they didn’t find any big changes in blood PH based on diet. The range of PH where your cells work well is really narrow, so big swings in either direction can damage your organs and even be fatal.

That’s why your body has several systems in place for keeping acid-base levels balance. For example, it can respond to decreasing PHS by getting rid of one of the most common acid-forming molecules, carbon dioxide by well, by breathing a little more. But usually, it’s your kidneys that jump into action.

They take whatever you have too much of in your blood and put it into your pea. And that’s why urine PH does change based on what you eat and drink. In that 2,001 studies, for example, the alkaline diet, raised the subject’s urine PH by an average of 1.2 units. So if you wanted to alter your blood PH by drinking an alkaline beverage, you’d have to interfere with your kidneys, which, just to be clear, is a really bad idea. And other parts of the body also regulate their local acidity, either by making acidic or basic compounds or by throwing whatever they don’t want into the blood and letting the kidneys whatever they don’t want into the blood and letting the kidneys take care of everything. That means that your urine is pretty much the only bodily With one other exception, A, you do have some external control over the PH of your stomach, at least temporarily, because you can directly neutralize some of the acids there with what you put in it. And that’s why alkaline water might be effective against one particular health issue. Acid reflux. Acid reflux is thought to occur because acidic stomach juices activated digestive enzymes, called Pepsin.

If there’s too much Pepsin or it sloshes up into your esophagus or other places, it doesn’t belong. It binds to tissues and causes symptoms like burping and heartburn. And an article published in 2012 did find that alkaline water can deactivate pepsin, but that was done in dishes in a lab, not in an actual human body. And we already have lots of cheap, readily available meds for neutralizing stomach acids. That’s the whole idea behind antacids. When you look closer at the purported health benefits of drinking alkaline water, the evidence just isn’t there. Take cancer.

For example, some scientists notice that tumorous tissues are often more acidic than healthy tissues, which is likely where people got the idea that reducing cities could cure or prevent cancer. And if that were the case, you’d think that bladder cancer would be especially susceptible to alkaline diets because urine PH can actually be influenced by what we eat. But a study of over 270 men from Finland in 2005 found that a lower urine PH didn’t significantly increase the risk of developing bladder cancer.

Similarly, many have claimed that alkaline water can prevent or help treat osteoporosis, a disease where bones become or help treat osteoporosis, a disease where bones become That’s because if your kidneys Flack on the job, another way your body can buffer too much acid is to pull calcium and bicarbonate from bone, and less calcium means less bone mass. However, a study from 2010 found no association between urine PH and a subject’s bone mass density or how many bones they brew. And meta-analyses have failed to find any connection between excreted acids in bone health. So for all the conditions drinking alkaline water might prevent, so far, we haven’t seen a real case for any of them.

And despite the acid ash hypothesis existing for half a century, there hasn’t been any direct research showing that an alkaline diet or alkaline water can improve a person’s health. Luckily, there don’t seem to be any side effects either. So if you want to drink alkaline water because you like the taste, more power to you, you’ll just have some slightly more expensive pea. Thanks for watching this episode of SciShow.